What I learned from COFFEE (or, another hat I wear)

In the spirit of letting go, I want to share with you something I can’t let go of.

Almost three years ago, I sort of fell into directing an all-volunteer ESL program for newcomers.  A man I’d never met connected with some people in my church and told them he’d been helping refugees for some time and their greatest need was English.  Like many people, he noticed how many of the free, mostly church-sponsored evening ESL classes were staffed by well-meaning people who weren’t very effective because they didn’t know much about language teaching.  How, he asked, could we partner to start an effective ESL program?

Thus, COFFEE was born.  We chose the word “coffee” because it’s the same in almost every language, a word most people can pronounce and understand without difficulty.  The acronym means Community of Friends Focused on Effective English. 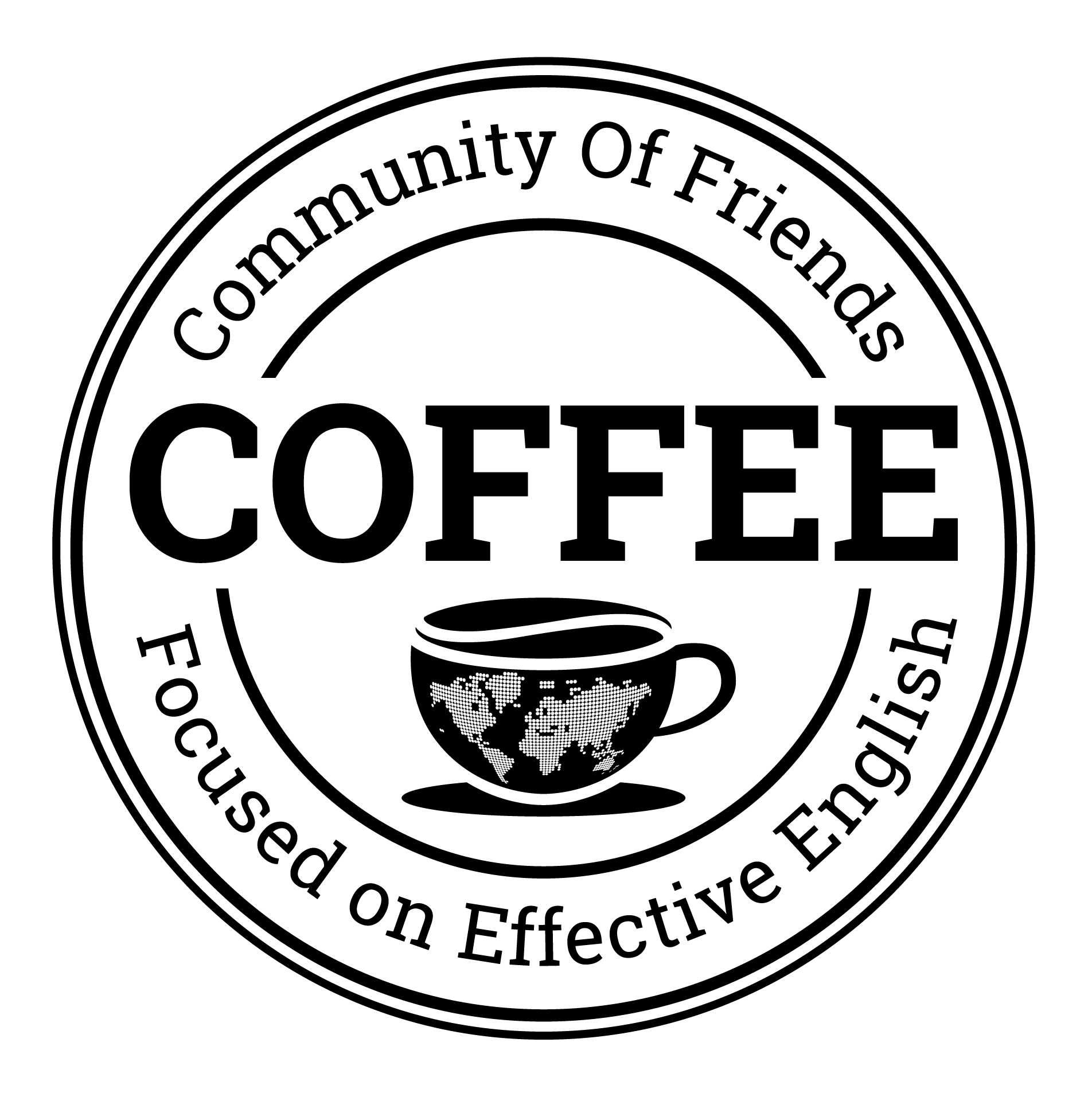 Shortly after we started, the woman who had agreed to direct the program left it, and I agreed to serve as the interim.  Sometime later, everyone just stopped using the word “interim.”  Even in my streamlining, de-stressing process, I’ve maintained my leadership in COFFEE because of the sheer significance of what we’re doing.  There have been so many nights I’ve come home to cry with my husband over the story we’re creating here.  Let me share some lessons we’ve learned.

Coffee isn’t the same in *every* language.

We chose the word because every language I knew used a word very similar to “coffee.”  Every language I looked it up in gave some semblance of “coffee.”  And then we had a learner from the region where coffee originated: Ethiopia.  As it turns out, Amharic uses a completely different word.  Later, I found out Arabic does as well.

I’ve gotten really good at Google Translate since COFFEE started.  I’ve learned how to back-translate (re-translate something back to English once I’ve translated it the first time) over and over to check accuracy, how to shorten and rephrase until I get a back-translation that is close to what I need.  The trickiest language for Translate so far is Amharic, and sometimes Persian and Amharic give me fits, too.  But the worst thing is trying to copy/paste Arabic.  I can get a good translation, but when I copy/paste it into Word, the program switches the script to be read left to right.  Which makes it unreadable.

You can’t get a cell phone call in a car…

in Nepal, or Nigeria, or Morocco, or Congo.  It’s against the law.

We do a lot of cultural comparisons in class, asking learners to help us compare our experience to their experience in their home culture.  In the process, I’ve learned so much about celebrations, houses, neighborhoods, families, weather, and more. 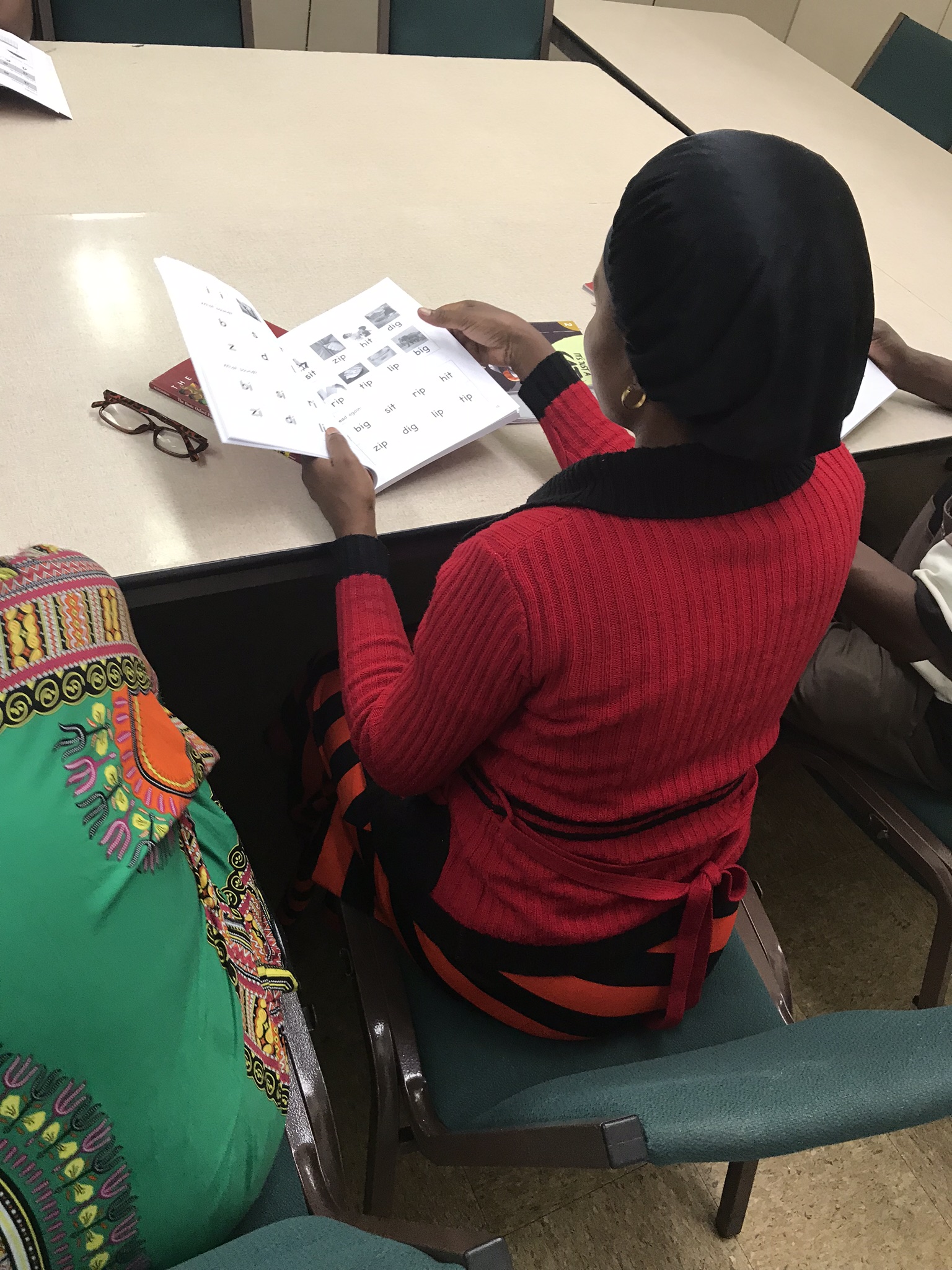 Your languages aren’t equal to you.

Many of our learners come to us speaking 3 or 4 languages already.  One Moroccan Berber spoke 4: Berber, Arabic, French, and his English was getting quite good.  In our community time, when we usually discuss God’s big story, we pass out slips of paper that have a focus statement in English and one of the learner’s languages.  The day I had finally found something in Berber for him, I learned what people mean by “heart language.”  The look on his face showed what it meant to him to see something in Berber.

Sometimes, languages aren’t equal among all our learners who speak them, either.  We have a lot of Congolese refugees, and I’ve learned that their level of education is reflected in the languages they speak.  If they have little to no language, they speak “only” Kinyarwanda (a language I had never heard before).  If they have some education, they also speak Swahili.  If they have much more education, they also speak French.  Sadly, one trend among our learners is that almost none of the women speak French, because they weren’t afforded that level of education.

Someday, linguistics may be handy…

Speaking of Kinyarwanda, a language I had never heard of before COFFEE, I’ve had so much fun trying to use my linguistics training to come up with words in Kinyarwanda.  Needless to say, Google doesn’t translate Kinyarwanda, but thanks to the website Kinyarwanda.net, I can look up words and use what I know about how many African languages work to change up prefixes, suffixes, and infixes to say something different.  Sometimes my Congolese friends laugh at my attempts, or just solemnly shake their heads, but sometimes they let out a victorious affirmation – almost a whoop – that lifts my soul because they love to hear me try and then get something right.  Because I’ve expressed how much I value something that is so much a part of who they are.

You may think I’ve been talking a whole lot about their languages, their cultures.  What about English?  We’re an English program, right?  Yes, and we’re pretty good at it with the time we have, if I do say so myself.  But every time I try something in their language, I can see how much it means to them that this gringa mzungu puts value on a critical piece of their identity.

And your birthday is… also January 1.

I don’t know if it’s a lack of creativity or just out of laziness, but the tenth time I helped a new learner fill out our registration and wrote down January 1, I asked someone.  Sure enough, if a refugee enters the U.S. without knowing their birthday, the Refugee Resettlement office assigns them all the same birthday.  January 1.

Well, it makes for a fun birthday celebration for our first class meeting in January.

The Nursery Project is freaking awesome.

If you think Christians are sitting around sending our thoughts and prayers and that doesn’t do anything, or that pro-life people aren’t interested in really helping women in crisis, watch how the power of prayer partnered with the power of sweat and love and money and pulled off a straight-up Extreme Home Makeover for our Congolese student in a crisis pregnancy with her 8th child.

There’s so much more.

I could go on and on.  About how hard it is to teach English to a blind man (we can’t draw anything!).  About our learner who is going to receive double cochlear implants within the next couple of months, thanks to a whole lot of time and dedication from our volunteers and the generosity of the University of Louisville Foundation (it’s going to change his whole world!).  About the first time they see snow or figure out trick-or-treating.  About how long it takes me to realize the interference of British English when someone wants me to help them figure out the difference between “hot” and “hard.”  About what COFFEE means to the elderly women who come to us to learn how to read.  About the stories of crossing the desert, leaving a homeland with a few weeks’ notice, wives and parents and children left behind. 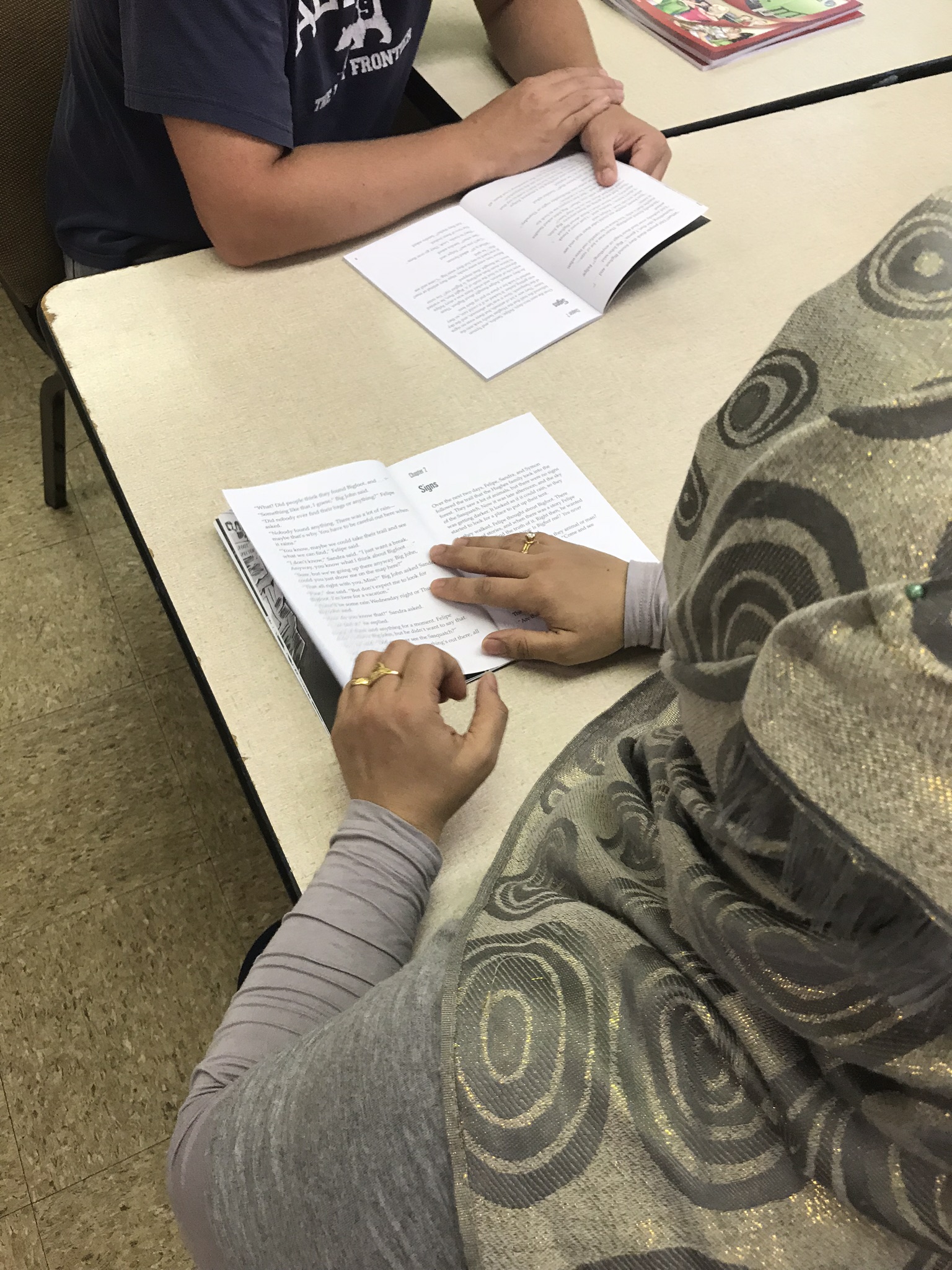 You can get involved.

COFFEE is 100% staffed by volunteers who don’t receive any compensation for their service.  We are a ministry of Refuge International, and you can contribute financially to our program by sending a tax-deductible donation to:

The teaching materials we use are secular, but we do spend about 10 minutes most weeks, during our community time, talking about the biggest, greatest story ever told.  We don’t ask people to convert or pressure them to do anything, but we want them to know that there is truth to be found, and it changes lives, more than English ever can.  If that bothers you but you’d still like to help, you can think about purchasing materials and sending them to us directly.  We can use any leveled English readers that don’t include sensitive materials (war events, love affairs, etc.) as we serve people across the spectrum of refugee experience and religious belief.  Also, these are some the materials we purchase and provide to learners:

If you’d like to purchase any of these, you can ship them directly to our Forest site:

Teaching English to refugees and other newcomers is my one language teaching outlet left, and it’s changing my life as well as theirs.  I wanted you to know about it.

ESL
Previous Every story comes to an end.
Next One last time: Book Club ’19, All the Fluff