The word to fear in lesson planning

In eleven years of lesson planning, I’ve learned to have a healthy fear of one particular word in that process: and. Picture this: Recently I’m working on a lesson plan, and because I’m “behind” and trying to catch up on the syllabus (which I wrote, and can really change anytime I want), here’s what I end up with: my targets are “I have…” with objects, adding the context of family members, which adds the function of describing and also introducing a person.

Do you see the problem?  My students did.  Now, there’s something to be said for planning a little too much so I don’t end up with that awkward five minutes of “Well… that went faster than I thought it would…” but then there’s just planning so much that I reveal I have unrealistic expectations for what my early novice learners can do.  So how did that turn out?  We kept what was recycling the “old” (describing) and what was much more recent (“I have”) and what was the new content (family members), and kicked the introducing of another person to the next week.  Abracadabra, a much better lesson plan.

Here’s some more support for this fear of mine.  Last week we were continuing our slooooow walk through the movie Canela (4 ninety-minute class periods later we’re four minutes into the movie).  I was introducing a segment in which the grandmother says “I’m going to prepare a surprise for you,” and the granddaughter replies, “Is it going to be mole (an iconic Mexican dish)?”  Perfect time to start using “going to” + (activity word).  But we can’t just jump into the video.  So,

1) We started with a CI framework that was not quite a story.  One of my students was headed to a youth conference and excited about the speaker, so we decided they were all headed to the conference and the speaker was meeting each one of them (recycling greetings) and asking “So, what are you going to be?”  Answer: “I’m going to be…”

2) We continued our CI framework with interaction with the chorus only of the song “Vivir mi vida” (click here to see that).

4) Using students’ answers in the conversation, we freestyle-sang the chorus of Vivir mi vida with their own words.

After all that, we were finally ready to listen to the 30-second conversation on the “Canela” video.  And guess what?  Using the cloze script with the words voy a dropped out, none of my students could hear Tere say it.  After all that.

What have I learned?  There’s no such thing as too much interaction on the same target feature.  I remember when I would have thought ninety minutes on voy a was too much and I would have added some more targets.   I keep reminding myself to take a healthy dose of fear of that word. 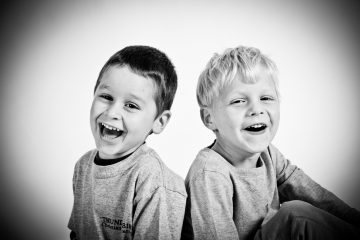