We’re almost to the end! The second most popular post of 2016 was also about music – this time, the top 20 songs that have stood the test of time in my class (some more time than others). My students love them! Will yours?

I just posted about some great newish songs I’ve found, but the majority of songs I use in my classroom are tried-and-true successes from the last 12 years of teaching.  The fact is, most new music that comes out, however engaging it might be, is not comprehensible and does not repeat enough to be useful for acquisition.  When I find a song that is the perfect combination of repetition, comprehensible language, and high student appeal, it stays around for a long time.  So what are those gems?  In a very unscientific way I’ve compiled for you the list of what I would say are the top 20 most successful and popular songs in my class. 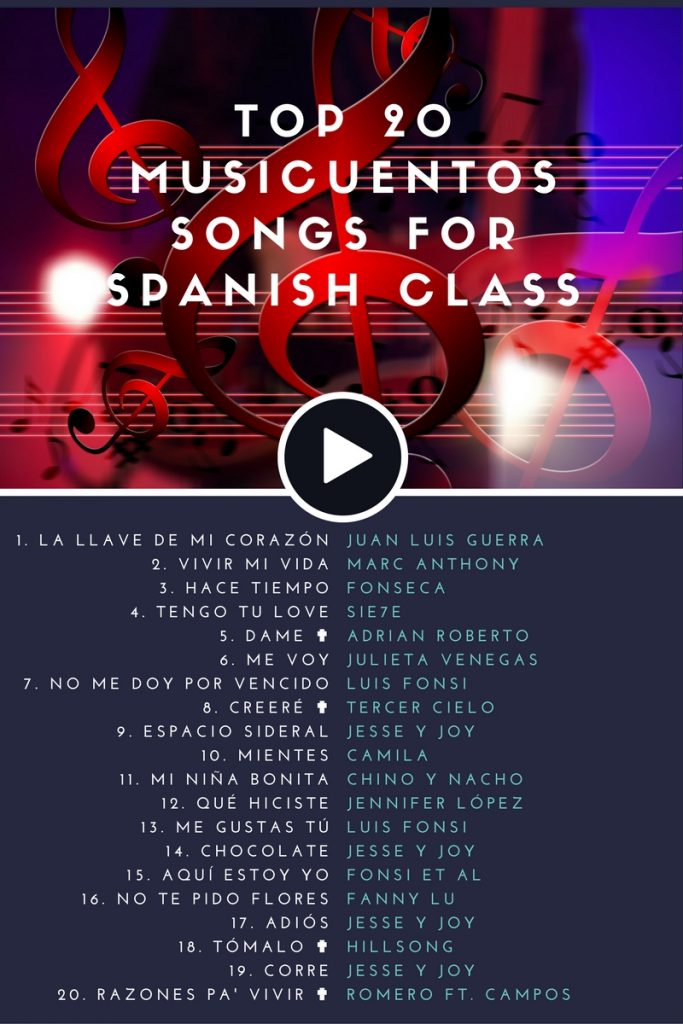 It was hard to whittle the songs down to these twenty, but this is a good representation of my students’ most popular songs and what we used them for.  For a few more songs that almost made the list, check out Fanny Lu’s “Tú no eres para mí” (so good for description and present tense), Jesse y Joy’s “Electricidad” (great for pointing out that -dad words are la words), and Juan Luis Guerra’s fabulous collaboration with Enrique Iglesias, “Cuando me enamoro” (if anyone can get Iglesias to do a clean video, it’s Guerra).