9 ways to increase students’ TL use

This summer I wrote a post on increasing your own TL use and am just now getting around to this follow-up post.

Students need to practice speaking the TL in order to develop the skill of speaking it; that goes without saying. But because of the affective filter more than anything, and a host of other factors including pure lack of knowledge, it’s a constant battle to get them to do so. Here are some tips that have worked in my classroom to get students speaking more.

1. Vocabulary practice.
This is a tedious task in which my students spend 5 minutes (timed) three days a week going over their vocabulary. They look at the English and say the Spanish in a low but audible voice, except in AP where they use Spanish definitions. (This is one area where I have just not been able to eradicate translation from my classroom.) The fact that no one can hear them means that they’re not self-conscious, but they’re training their mouths to speak the Spanish words. It’s a task they hate, but it’s been an incredible tool in my class for many reasons:
a) students ask how to pronounce words when they don’t know how to pronounce them
b) students latch on to phrases that are their favorites and use them to joke and interact with those around them
c) students “bargain” (or think they’re bargaining) with me by doing it in exchange for never doing vocabulary quizzes, which I find an entirely useless exercise in creating short-term memory for invalid grades
d) students don’t mind doing it because every 6 times counts for an easy 50-point participation grade as long as they’re keeping up with their own pace (they give themselves a tally mark for every 10 words they get through)
e) it gives me a chance at the beginning of class to take attendance and collect my thoughts and such without giving them useless busy work

2. Tell stories.
If you hang around “me” (my blog/twitter/etc) for long you’ll soon find out that music and storytelling rival in my mind as the teacher’s most powerful tools in the classroom. Storytelling is so powerful (and is as children acquire their first language) because it offers an ideal forum for incessant questioning. Which leads me to…

3. Ask questions incessantly.
I ask questions so nonstop that I do not “teach” the question words. They’re in the vocabulary but we don’t spend even a day on them. Questions keep students listening and offer you a continual source of formative assessment. Ask questions about stories. Ask questions about your students’ lives. About school. About what you’re doing in class. Everything. Someone knocks at the door. Who’s at the door? Why? How tall? How old? Someone wants to go to the bathroom. TL, please. When? Where? Also, don’t say a student’s name until after the question. It keeps them listening to the question because they don’t know whom you’re calling on.

4. [Almost] never answer your own questions.
So you’ve asked a question and you get blank stares. Resist the temptation to answer it yourself until you’ve exhausted all possibilities to get students to understand. The best way is to offer options. At the lowest level, your best friends are proper nouns and cognates. Where did the girl go? La tienda–Walmart? El restaurante? If students have to answer in English, at least they comprehended the question, but give a valid TL answer and then ask them to do the same.

5. Ask a student to diagram your question & response patterns in class.
One day, give a class roster to a responsible student who’s really on top of things. Ask him or her to put a check mark next to each student you call on. It will surprise you to see what the patterns are and will help you make sure you’re calling on a variety of students (if you’re in the habit of calling on students). Also, it’s good to diagram who answers without being called on so you can see who really never talks and who really always talks, as opposed to just what our impressions are.

6. Get a stuffed animal to throw.
I love doing this and it’s always been successful for me, but my colleague in her first year this year is having some resistance to it in her class. However she’s having resistance to a lot of things so I’m taking that with a grain of salt. For some reason this has worked with me all the way to 12th grade because it helps control the turn-taking in the classroom to make sure everyone says something. Plus, boys just love to throw things and girls just love stuffed animals. I ask a question or give a sentence starter. I throw the animal. They answer, or if they’re taking too long, I ask for it back and throw it to someone else, or they throw it to someone else. Anyway, everyone has to answer or say something relevant. It keeps the pace up, everyone looking up, and again, we don’t leave anyone out.

7. Start every class with a patterned question.
This has to do with that stuffed animal thing. It doesn’t have to be every class, but I love patterned questions. It helps us practice recent vocabulary, it gets the TL out of their mouth, and it gets umpteen repetitions of the target feature without rote repetition and without it being from me. So I say, “Me encanta Taco Bell porque me gustan las chalupas.” (Sometimes I write it on the board with blanks.) I keep going with the pattern with my own opinions until someone asks for the stuffed animal and is willing to do it on their own. The same couple of students are always first and the same couple of students are always last, but that’s okay, because everyone says something, and everyone learns at their own pace, right?

8. Make students ‘pay’ to speak English.
I have a stack of fake money and each student in lower levels receives 5 bills at the beginning of class. They can speak English 5 times during the class but they have to pay me a bill in order to do it. After that, they start losing academic credit (on a participation grade). So they know that they’re not “forbidden” from speaking English so they’re more comfortable doing both. I almost never have students lose all their bills. Students in upper levels receive 3 bills.
Incidentally, they can also receive more bills by “catching” me saying something in English that they know how to say in Spanish.

9. Vary your seating.
By this I don’t mean have a seating chart and I don’t mean let them sit wherever they want to. I got this tip from a professor in a TESOL program in grad school. At the beginning of the year I use 5×8 cards to make name “tents.” They fold them in half, write their English name on one side and their Spanish name on the other. (Also this helps me learn their names.) My students in larger classes sit at tables, 4 to a table, for collaborative learning and scaffolding. Then every day, right before class, I take about a minute and set the names out completely at random. As the school year goes on I learn that there are a few students who cannot sit together, but generally it’s random. If they don’t like it one day, I tell them to suck it up because it will be different tomorrow. The principle is that they will usually be sitting at a table with someone who’s better than they are and someone who’s struggling more than they are, so there’s always a new form of collaborative scaffolding going on. Thanks Alexandra–this is the most brilliant approach to language teaching seating I have seen!

Hope these tips help in your classroom as much as they have helped in mine.

Previous I love collaboration
Next Faith and Culture: help me decide our AP topic 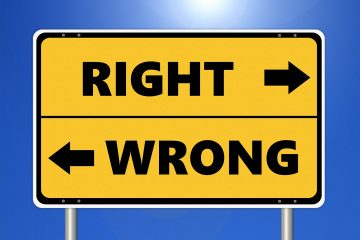 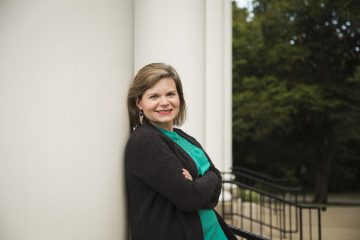