2013’s second most popular post offers tips for those of us approaching the new world language AP exams.

The world of AP World Language teachers is all abuzz with the vast changes made to the exams this year.  Six years ago the Spanish language exam changed to what was  a more proficiency-based format. Last year other exams changed to move toward and past what the Spanish exam was, and for 2014 the Spanish exam will change to meet them.  Thus, every AP Spanish teacher in the country is submitting a new syllabus through the course audit to get College Board approval.

The most recent changes do not seem to be terribly significant for the Spanish exam.  The biggest one to me is that there are no sources to read, listen to, or cite for the presentational speaking task.  This is a positive, intuitive change  in my opinion.  The requirements for the task were far too in-depth for a two-minute prep time leading to a two-minute speaking sample. (See the recent post on what I think the AP exam measures. Also check out the popular post Dear novice-learner teacher – love, an AP teacher)

With a newborn, a baby age 1, and a preschooler age 4, I have been on hiatus from professional development this year, including any AP Spanish workshops.  So I’m asking and relying on other teachers who have been to the workshops to pass along to me what they have learned.  One such teacher is Cristy Vogel, a fellow #langchat moderator, who recently blogged what she learned from the AP French workshop.  Read her post and then see my comments below.  Then help us out – do my opinions bear out in your experience? Do you have additional tips you’ve learned?

So, there you go.  Help! Based on your experiences teaching AP Spanish and attending the workshops this summer, what should we expect in the new exam?  Are we on track here?

Along that train of thought, keep an eye out this school year for the first Musicuentos eBooks coming available, many directly related to teaching AP or any advanced Spanish class.

AP Spanish tips
Previous Best of 2013: #3 – Choice in homework, updated
Next The #1 Musicuentos post of 2013 (and the six years before that) 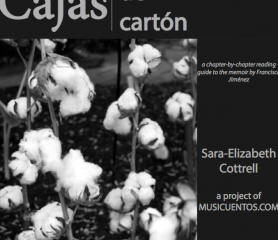 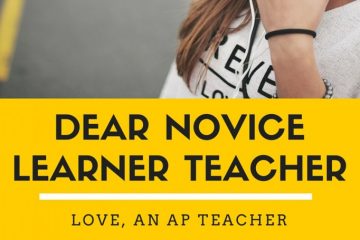