A song for your hip-hop fans 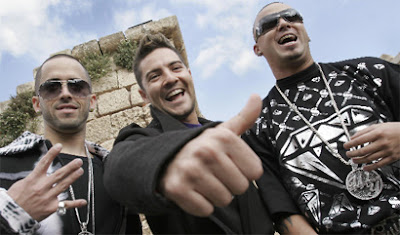 David Bisbal collaborated with reggaetón stars Wisin & Yandel on a unity-themed song called Torre de Babel. You can see the official music video here. Also, with reggaetón you never know, but I read through the lyrics and didn’t see anything offensive, but you might want to take a look because while I’m familiar with most of the common expletives, I’m certainly no expert. I was aggravated at the video because I thought I’d be able to show it in class, but then towards the end there’s a group of scantily-clad women dancing provocatively, and that’s just not gonna happen in my class. Oh well, just thought I’d throw it out there for you anyway!

Make a MovieTalk more than a MovieTalk: 5 ways November 29, 2019
4 ways to incorporate a Song of the Week comprehensibly & thematically November 14, 2019