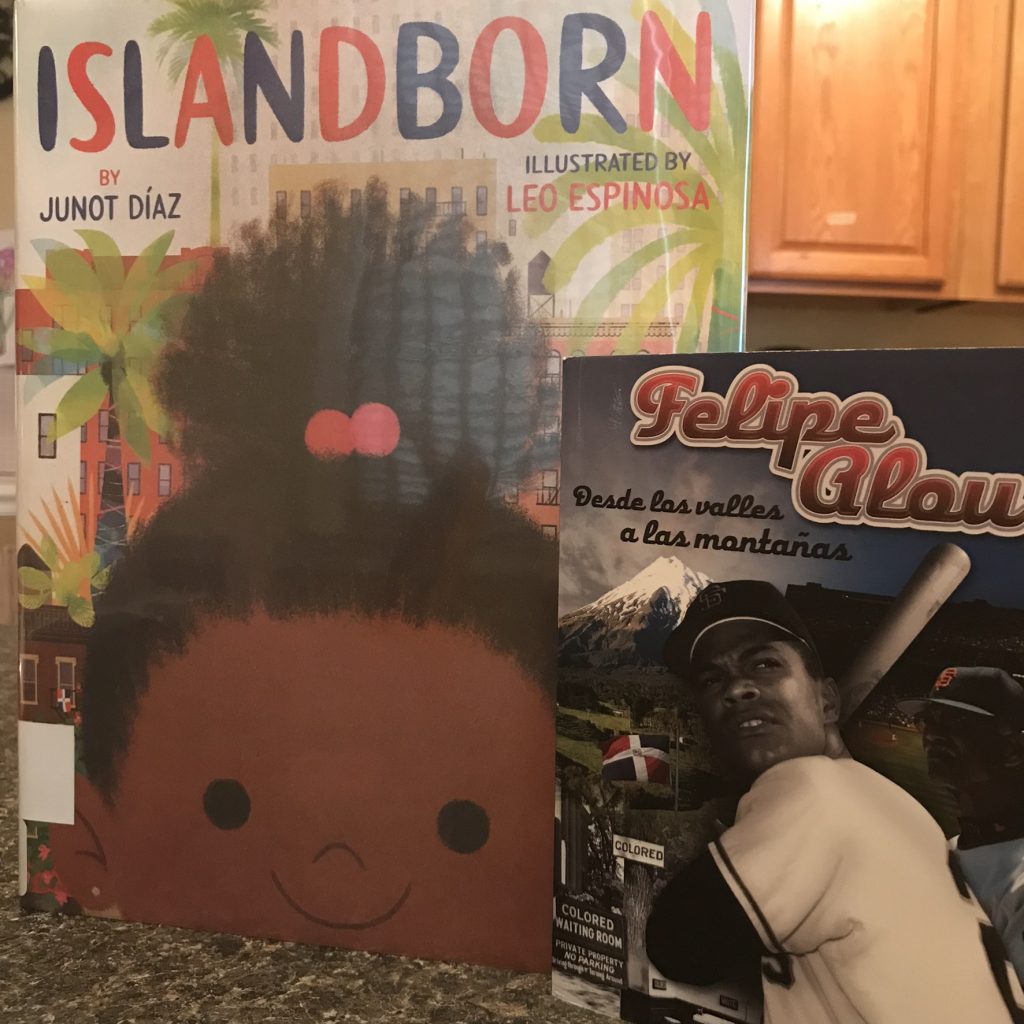 Not long ago, I fortuitously caught a tweet or headline notification from a newspaper, maybe the New York Times.  It was a review of a new children’s book.  The author’s name was Junot Díaz, and the name didn’t strike me right away as familiar.  Soon I realized it was the author of a recent Pulitzer novel, The Brief and Wondrous Life of Oscar Wao, on my radar because reading all the Pulitzers is on my bucket list.

Díaz’s new children’s book is his first, and it’s called Islandborn.  There’s also a Spanish version titled Lola.  I was excited to be one of the first to see the new book when the Louisville library bought it, and I immediately requested they purchase the Spanish title as well.  So far they’ve always followed through with purchase suggestions for me, which I hope means before too long they’ll be sending Lola my way.

In Islandborn, well, let me quote the NYT:

The other kids in Lola’s class recall their homelands, but she doesn’t. So she gathers stories of “the Island.” With Espinosa’s bright illustrations creating just the right mood, Díaz… celebrates an immigrant community and testifies to the experiences of Dominicans who fled the dictator Rafael Trujillo, called simply “the Monster.”

The book is sweet and beautiful, and a testament to the deep stories immigrants (or even grandparents in general!) have to offer not just children but all of us.  The treatment of Trujillo’s dictatorship makes it a perfect “hook” for introducing the Fluency Matters novel Felipe Alou, one of my favorites among all they offer.

See if your library has the book and if not, ask them to pick it up, in both English and Spanish.  Also, a teacher on Twitter told me she found the Spanish version at her Barnes & Noble.  Enjoy!

Looking for more powerful children’s literature for the world language classroom? Check out my post channeling Helena Curtain for some children’s book recommendations and my own “More multi-tasking children’s lit.”