It’s a great time to be building a professional learning network if you’re a world language teacher. 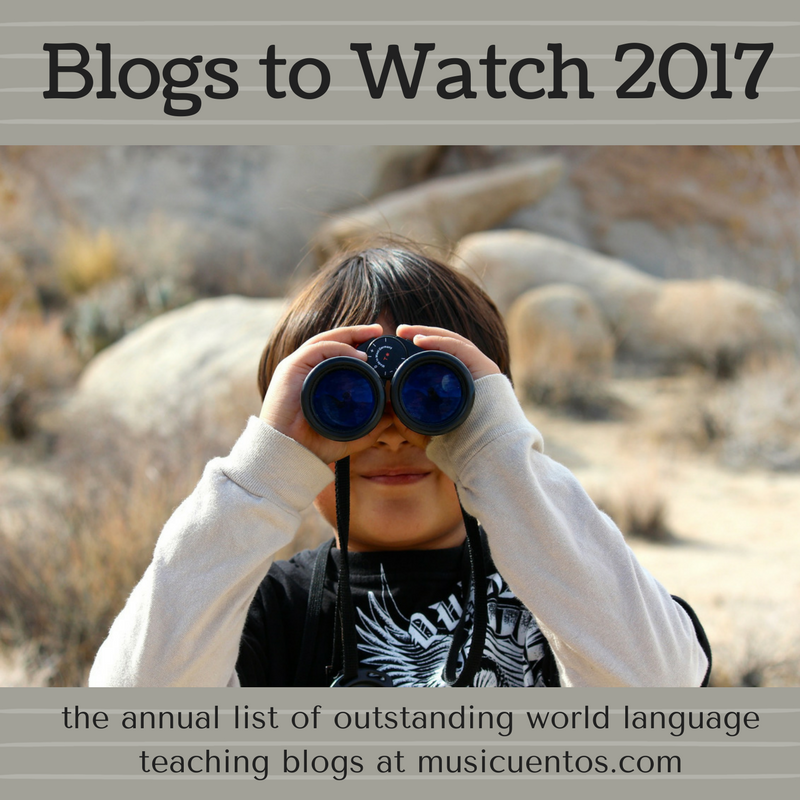 The past few years, I’ve greatly enjoyed sharing recommendations for blogs that have come on my radar and helped me in my journey to improve this craft of ours.  I started in 2014 by asking you to take a look at blogs by teachers like Maris Hawkins and Amy Lenord, and my, have they helped us all!  At the beginning of 2015, I was pleased to recommend the likes of Mis Clases Locas and En Français, SVP!  As 2016 began, I didn’t have that bowled-over feeling about the blogs I’d seen appear the year before, mostly because the authors just didn’t have time to keep them up, with the notable exceptions of Gianfranco Conti’s blog and Madame’s Musings, and I had an inkling that Path 2 Proficiency was going to be pretty great.

And then wow, there’s this year.  As of now, I subscribe to 73 blogs on my Bloglovin’ feed, and I just started using Bloglovin’ in 2016 to get one daily email with updates from those blogs instead of each update separately crowding my inbox.  (Use Bloglovin’! Do it now!)  All but 2 or 3 of my subscriptions are to blogs specifically about world language teaching or bilingualism.  Now, only a fraction of those publish content regularly, but that’s a good thing, actually; I feel like I learn from an array of voices without being overwhelmed too often.

And so I have EIGHTEEN blogs to mention at this just-after-beginning of 2017.  Add them to your Bloglovin’ and let us all know what you think.  Next time, will we be reading your blog?

Collaborative blogs for the win

When individual teachers have something to share but not enough time or energy to dedicate to their own blog, what do they do?  Why, they team up of course.  The idea isn’t new; Connected Principals has brought amazing administrators together to share their thoughts in public for many years.  This year, the thought seemed to occur to several world language-related groups in succession and I am so glad it did.

I mentioned Path 2 Proficiency in the 2016 Blogs to Watch post as it began just at the end of 2015.  In the past year, this brainchild of TELL project did not disappoint.  Believe me, if you subscribe to only one new blog this year, make it this one (as they’ll expose to you many more through what they write!) Meredith White, Alyssa Villareal, Rosalyn Rhodes, Valerie Shull and several others helped us all stop comparing ourselves, set clear targets, survive epic failure, and stay on the path when too much is too much.

The folks behind Fluency Matters (the new name of TPRS Publishing) also got together to launch a collaborative blog called CIPeek.  Annabelle helped us give them a brain break (or three or four), Kristy showed us how to personalize like a boss, Carrie told us to be the water, Darcy told us to make peace with the gradebook, and Michele helped more of us get to know embedded reading, times two.  These are quite literally some of the best teachers in the country and we’ll be better teachers if we perk up and listen.

Shall I mention a new one?  There’s no telling what learning we’ll see from Secondary Spanish Space, but coming from Allison (e.g. how do you use authentic music in class?) and Elisabeth (e.g. some more brain breaks) and some of their PLN, it’s bound to be helpful.

There are blogs that I enjoy, and then there are blogs that make me catch my breath a little bit when I see a new post in my inbox, because I know so many of the posts pack such a pedagogical punch for me.  Three newish individual blogs that fell in that category for me in 2016.

The first is Language Makerspace.  I’m frankly confused by the “new” fad called makerspaces, because it’s one of those things that makes me shake my head and say, “Am I missing something, or did we just come up with a new word for something parents and teachers have been doing since the dawn of Tinker Toys and Lincoln Logs at least?”  But I digress.  Don’t ask what Bethany does, ask what she doesn’t do.  After-school program, high school IT, college French- maybe the variety in her power-packed posts is what makes her a Makerspace!  I already have a post drafted called “How ‘Find a Partner‘ will update Linguacafé.”

Next up: Arianne blogs occasionally at the above CI Peek, but her own blog is a gem in its own right.  On discoveringci, her posts are mostly super practical and mostly related to TPRS-Publishing-now-Fluency-Matters materials.  She had me bookmarking posts to help with our upcoming read of Fiesta Fatal as well as adapting the SuperSong of 2016, “Soy yo“, to be more comprehensible input.

Three cheers for voices of reason, logic, wisdom, encouragement, maturity, and all-around practical ideas: don’t miss a post by Ellen over at Minute by Minute Spanish.  I’ve been reading and listening to language teachers for a long time, and let me tell you, this woman has some stuff to teach me about staying in the TL with a respectful, controlled environment.  And did I mention practical?  Just bask in the brilliance of the video / slides system she uses to keep herself and her students talking in the target language.

Ah, at last.  We’ve always known that the younger we begin the language learning experience, the more successful the learners will be, but the ratio of secondary language learning blogs to early language learning has been very unbalanced.  We’ve seen some great stuff come out from teachers who are also content providers like Spanish Playground, Spanish Mama, and Mundo de Pepita, and I’ve always enjoyed posts from fellow Kentuckian Señora Speedy; in the past year or so, a couple of other blogs from teachers in the trenches have provided more bright spots.

I couldn’t have been more excited to see an elementary teacher blog than I was to see Dorie’s A Global Classroom.  Dorie has helped and challenged me as part of my Twitter PLN for quite some time and is an integral part of launching the new #earlylang chat for elementary language teachers.  She’s also the executive secretary for NNELL.  I’m looking forward to seeing if she has more time to post this year.  In the meantime, ruminate on how to use infographics to communicate with parents.

To say that Annabelle is a passionate teacher is like saying the Pope is a religious person.  There’s a reason she calls herself La Maestra Loca.  She’s a middle school teacher now and loves that age group, but she also has a background in early language learning and much of her content is very applicable there, too.  Oh, and she’s quite a prolific poster, too.  Check out how to do formative assessments every couple of minutes.

Blogs in the TL, where were you?

I mean, of course we needed Spanish teachers who teach in Spanish and also blog in Spanish.

Are you aware of any French teacher blogs in French?  Japanese?

Tracy is a longtime colleague and friend, a well-known Twitter PD junkie, and a grad of Camp Musicuentos.  The best phrase I can think of to describe her is relentless learner, in technology, project-based learning, and teaching language.  She is a French teacher, but she’s so, well, relentless in her pursuit of learning that her blog Changing My Realm of Control is quite multidisciplinary.  It’s not a new blog, but she started to pick it back up in the last year and a half, and I’m so glad.  Check out how she put her growth mindset back on and said when it’s time to go, it’s time to go.

If only they would write more…

I have to mention a couple of blogs I’d love to see more content from.  Here’s the bald truth: blogging = taking a significant amount of time from your family and hobbies to risk public and private criticism.  It’s not easy, safe, or fast to put quality content on the internet.  And I want to recognize a couple of blogs that appeared and posted quality content, even if the authors don’t have time for a lot of it.   We’re all thankful to Amy Conrad for kicking off 2016 with a bang by asking us if we’re designing extrovert-focused classes, and in the spirit of the positive path, what if we all did a post like Jessica’s on 6 Good Decisions this Year?

Others on this list? Amanda’s “The Feisty Language Teacher” and Natalia’s “LangFan.”

Please, please put an email subscription plugin on your blog, and then tell us about it in the comments.  Bloglovin’ won’t let anyone follow you, and I rely on those emails to bring me my PD fix.  Unfortunately, the choices are too broad now to remember to check individual blogs regularly.

I just found you, but thank you.

There are a couple of blogs that aren’t new but they are new to me and I find them well worth mentioning here.  On Dom’s MFL Page, a blog from across the pond brings us no frills and no nonsense, just real life meets language teaching in a supremely sane voice.  “Nothing to Say” could have been an almost exact description of my 2016.

It’s no secret that I’m not a fan of the pressure-filled message that teaching without a textbook is the Promised-Land answer to every teacher problem, but aside from the name, you won’t get too much of that from Throw Away Your Textbook.  I still haven’t made the time to figure out or implement the BreakoutEDU Spanish craze, but I’m intrigued and hope to try it out, and this post is one of the best introductions to it.

I get it, believe me.  This is valuable, but it’s overwhelming.  With all this great stuff I’m being taught on the internet, where am I supposed to get a life?  Let me end by saying this: do sign up for Bloglovin’s email summaries, and then  give yourself the freedom to ignore it.  I kid you not – today I opened my Bloglovin’ summary – one of at least five such summaries unread in my inbox – with five updates from blogs.  I read through titles about how I was supposed to make sure I didn’t lose out on the big TpT sale, on a new tech tool, on a new video release; how I needed to tweak a story, and time my lessons right.  I deleted it.  Because if I didn’t, I would cry.  Do what you have time for, and remember, the best stuff will come back around.  I can’t see you deleting the email that delivered this post to you.  Go have a coffee with a friend, and we’ll catch up later.

What blogs have you discovered?  Are there some I missed?  Add to the learning by sharing links in the comment section.

blogs
Previous Resolutions 2017: Support the community
Next One question: What do you use your L2 for? 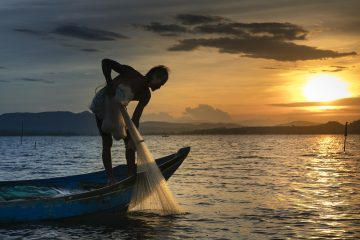