Sometimes, a mildly interesting idea takes root and then morphs into something you never expected.  That has happened to me this year, and I cannot contain how excited I am about it.

A toe in the PBLL waters

At the beginning of this past summer, I was planning for Camp Musicuentos, deciding on what unit to use as a framework for the guidelines and information I was presenting.  I’ve found it’s more helpful for participants when I do one that’s new, not one I’ve already planned and taught, so that it can be more organic, more like what the participants are doing.  So, in the spirit of working smart, I chose to make it one of the units I would teach in my own class this year.  And, in the spirit of my new questions about what constitutes a lasting impact on my students, I decided to finally try to implement an actual PBL unit.

I am not formally trained in PBLL (Project-Based Language Learning).  I’ve never even attended a workshop on it.  I suppose any qualification I might have to call myself a PBL teacher would be akin to someone earning an honorary degree.  First, I’ve had the privilege to call Don Doehla and Laura Sexton friends for -what- more than five years, and they are qualified.  I’ve been challenged by their writing and #langchat sessions they’ve led on the topic.  Then, I enjoyed an opportunity to collaborate with VIF International on a Spanish 1 curriculum (now an Open Educational Resource!) that combined a flipped model, a PBL model, and deep cultural inquiry.  When I first saw the project, I’ll honestly say I believed it could not be done:

…I said.  And then, for the next 18 months, we did it.  We tried, anyway.  We worked and reworked, we asked tough questions and proposed answers, and what we came up with wasn’t perfect, but in the process I learned that you can create good material for beginning language learners on such a model.  In any curriculum development, there’s always give-and-take, and if you look at it, I’m guessing I’d hear:

…and we need this feedback!  But all in all, I’m proud of how it turned out.  But still, I hadn’t actually taught a PBLL unit, mostly because in this growth time I wasn’t teaching, and then I was, but kids with no measurable proficiency, and I could not figure out how that worked.

The yellow brick road to an Emerald City of an idea

And then?  Then I started reading Who Owns the Learning? and felt totally inspired by the student-designed tutorial project at mathtrain.tv.  I also found out the Babel fish had been invented.  And in the midst of all that, I was developing this unit on showcasing features of our city.  It’s a long story, one of those journeys that takes you down a story that feels like it’s being written around you, but let me summarize:

Ready for the details on our unit? 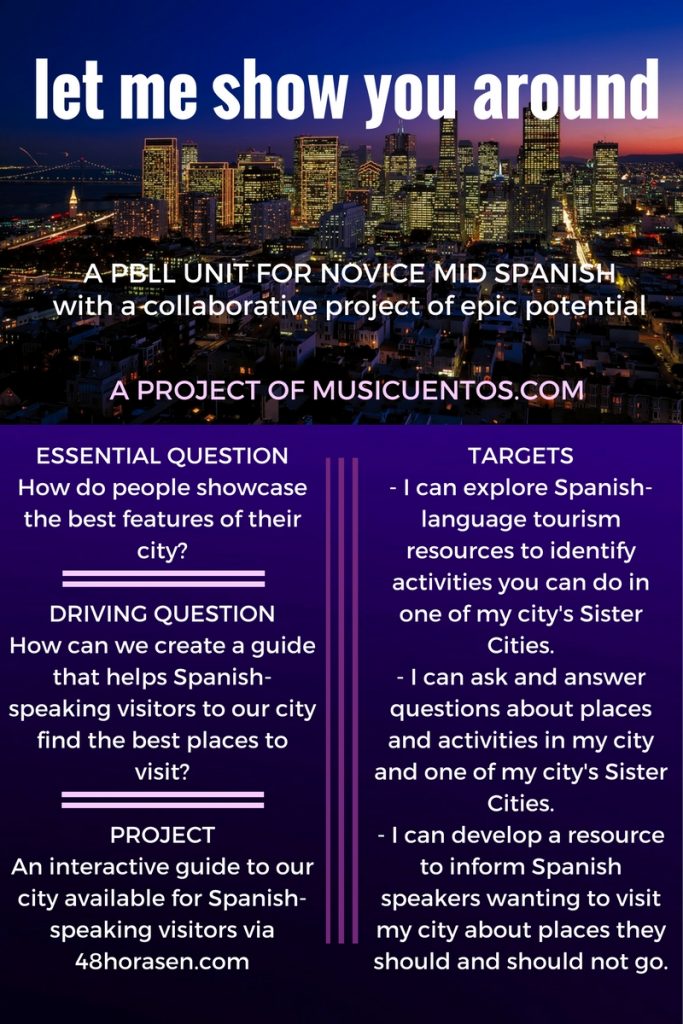 After Don’s feedback, I understood that for a PBLL unit I needed a driving question related to the product, but in my baby toe-in-the-waters stage I wasn’t ready to give up my curriculum-guiding essential question, too.  So I have both.

Ready for your part?

I have purchased the domain 48HorasEn.com and my students and students at another school here in Louisville will be developing a piece of the website to showcase our city as “48 horas en Louisville.”

Do you want to as well?  Fill out the simple set of information currently on the site and I’ll be in touch.  Then, check out the ideas and resources I’m developing as I teach this unit here.  Please keep in mind that I see my students once a week on Fridays for 90 minutes.  They use their at-home time to preview the next lesson through assignments via Edmodo, and they also complete a choice assignment every week.

My eight students working on this project have divided up into two teams of four.  One team is working on the Friday piece of the 48 horas, and the other team is working on the Saturday piece.  One team has chosen a more cultural bent, including Churchill Downs, a museum, and a local theatre, and the other team has chosen a more entertainment bent, including the Highlands shopping district and other entertainment-focused zones.  Each team has one person working on the gastronomía piece for the day.  So while they are on a team, each student is responsible for a particular piece and it will be easy for me to evaluate that student’s language use.

So far?  One student says, “Hey guys, we can finally use that tool I found for us for that thing last year!!” (I have no idea what he’s talking about, but they do.)  He can’t wait to do video editing.  Another tells us every week she’s ready to set a day to go out and take photographs of different places for everyone.  The student who won’t look me in the eye during class has come up to me after every class to update me on what places she’s chosen and where they are and what she wants to say about them.

This could be an idea that falls totally flat and goes nowhere.  I have certainly had a lot of those.  But it has a ton of potential I hope you can see, too.  I have contacted a few corporations requesting sponsorship for the site, and who knows how that will turn out.  I’m hopeful media sites will help promote it once it gets a significant amount of content.  And I’m hopeful that teachers and learners with a wide variety of interests will join the team.  Got a student who’s super talented at videography and editing?  What about graphic design?  What about web design?  Is the computer science teacher at your school up for a partnership with a global audience?

Come on, Spanish learners.  Can we let you show us around? 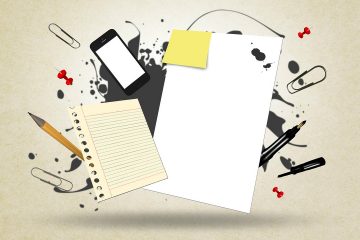 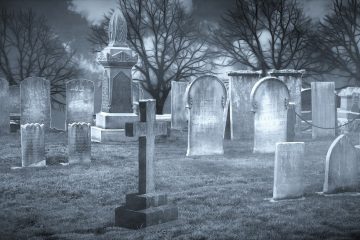 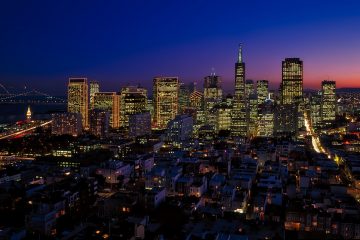 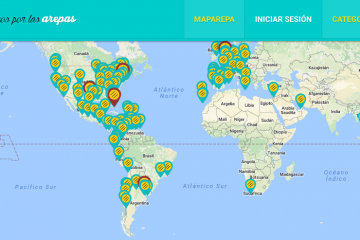