Words we don’t use

If we’re really teaching kids to be communicative, why do we say things like, “This is subjunctive.” “Put that in past tense.” “Where’s the gerund here?” “Spanish requires the a personal between a verb and a direct object that is a person.”

Does anyone ever really talk like that? Do you really care if your students don’t know what pretérito means?

That isn’t to say I don’t teach grammar. As I mention in my assumptions, as far as language acquisition is concerned, teenagers are basically four-year-olds with a lot of metacognitive awareness. We’re kidding ourselves if we think they don’t have that metacognitive awareness, the ability to think about their language, and we’re cheating them and us if we don’t take advantage of it. That’s one of my issues with TPRS–it doesn’t capitalize on students’ ability to pattern-match given enough systematic input. (Although I may have assumed this about TPRS from the teachers I know that do it–Ben Slavic’s best story scripts do show quite a bit of patterning.) So, I teach past tense, preterite and imperfect, subjunctive, direct objects, and so on. But we don’t call them that. These are phrases you’ll hear more often around my classroom:

“Are we talking about yesterday or today?”
“Is the mochila a lo or a la?”
“Is my mom emocionado or emocionada?”
“Did it happen suddenly or over a period of time?”
“Did you do this una vez or todos los días?”
“I’m dancing. So is it bailo or baila?”
“Verbs don’t care if you’re a boy or a girl.”

My students say things like, “Oh, it’s because it’s masculine and not feminine.” But not because they heard it from me–they learned it in middle school Spanish. Even the ones who didn’t take any Spanish before, however, can use the concept. They just don’t know what to call it. And that’s fine with me. Because honestly, when’s the last time you had a normal conversation that included a discussion of grammatical gender? 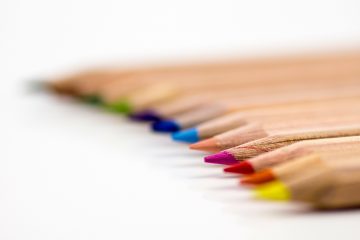