@lisajmch asked on Twitter this week about good activities for stem-changing verbs and my mind immediately went to a blog post I thought I’d made about a song with repetitions of ‘puedo,’ and again, it turned out it was in the dashboard and not written or published. So here goes.

I feel like a broken record, but to start off,
-only students who go on to major in Spanish will benefit from calling them “stem-changing” verbs. I’ve found it more useful to say things like “repite is a verb that acts like pide, so you have pido, repito, but rePETimos, PEDimos” – you’re pointing out the difference without giving it a useless grammatical label and it gets you more accurate input in their ears.
-only accurate comprehensible input will cause them to spontaneously (read: without having to think & self-edit all the time) and consistently produce accurate forms. If all they ever hear is “puedo” and “poder,” they won’t produce “podo” or “pueder” unless they’re overgeneralizing, and then that’s just a creative, natural process of language that corrects itself with more input.

Anyway, for fun, here are two excellent songs to deal with that messy irregular present tense. 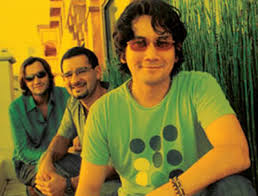 The Bacilos hit Pasos de gigantes is a gold mine with 9 repetitions of puedo just in the first verse. Have them count them. Have them touch their nose whenever they hear one. Something that lets you replay the accurate input into their ears. Also, you have a ‘puedes’ elsewhere and other stem-changers ‘siento’ & ‘pienso’ in the chorus which means they’re also repeated. There used to be a good music video available for it on YouTube but it must have had copyright issues because I can’t find it anywhere.

One of the all-time hits in my classroom is Fonseca’s Hace tiempo, which does have a fabulous music video widely available too. Along with some really interesting cultural content, you’ve got a vast array of present tense to have fun with here, including present progressive and the ‘g’ verbs ‘digo’ and ‘tengo’ (another reason teaching “stem-changing” verbs doesn’t work–what about when they’re in both categories?). You’ll also find the stem changers ‘quiero,’ ‘siento,’ and reflexive ‘muero.’ Incidentally, I have never had success “teaching” the hace + period of time concept and seeing students actually produce it until this song got into some of them.