Seeking the future of world language learning at the intersection of comprehensible input, project-based learning, global education, and love.
So your students think they can dance…
Sara-Elizabeth Cottrell February 25, 2017

It’s almost March and Mania musical de marzo is in full swing.  And have I got a find for you. 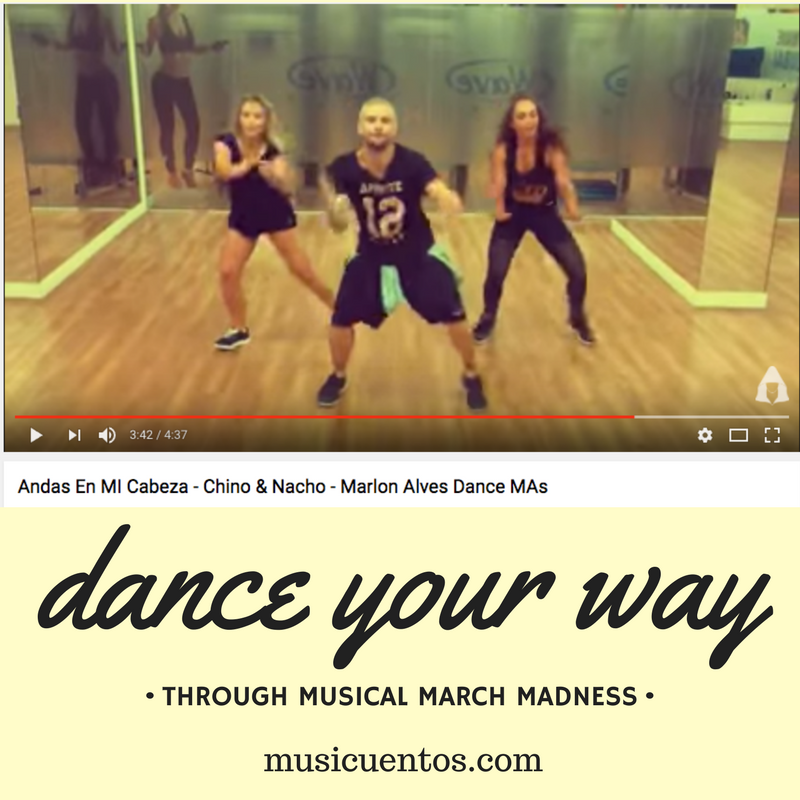 It’s hard to tell who started it or if three people had the same idea over a period of a few years – maybe Jeff Klampka on Ben Slavic’s blog, then Spanish Plans via Kenneth Daves, then Bethanie Carlson-Drew.

In any case, is it time to call it viral yet?

For high school Spanish, there’s Melanie, and of course Spanish Plans has the reprise going.  Señor Ashby‘s in.  And of course the dance queen Allison‘s got it going too. If you’re looking for French, you could check out Wendy’s bracket and Megan’s bracket. Señor Wooly fan? Mrs. Spanish has one for that.  Want a web tool to organize it? Señora Kovatch found that.

I haven’t tried this before because when it first got popular, I didn’t have a classroom.  Then, I just didn’t know how to pull it off.  I see my students once a week.  How do you listen enough to vote enough to make that happen?   Especially when the vast majority of pop music song content is INcomprehensible input to my students and I’m not wasting my precious 90 minutes on that?  But this time, we’re gonna try.  We’re starting with only 8 songs instead of 16 (determined by Friday).  Students will listen at home and vote via Edmodo.  And each Friday in March we’ll see who the week’s winner(s) are.

But what if they wanna dance?

Allison’s had what can only be called wild success with the concept of Baile Viernes and several teachers I know have successfully picked up the idea.  Along those lines, my primary purpose in this post is not really to share the mania musical brackets but to add something to the mix: dance.  Class starter, or finisher, or brain break, or half-my-class-is-absent activity, it’s certainly not a comprehensible input activity but adding physical movement and all the benefits of TL music, let’s go, right?

Marlon Alves has a YouTube channel with over 300,000 subscribers and on it, he choreographs Zumba to popular music.  You can see where I’m going with this.

I’ve seen all three of these on teachers’ Mania brackets!

I’m sure some of the videos aren’t great choices for classrooms, and I’m even more sure not all of the lyrics are appropriate, but you don’t want to fill a lot of class time with this anyway, and don’t forget. There’s always TubeChop!

What do you say, how about we dance our way through Mania musical de marzo?

music resources
Previous One question: What do you use your L2 for?
Next Let’s do this together.