Things to be thankful for

It’s Thanksgiving! Happy Thanksgiving. :o) Hope you’re enjoying your days off of school or whatever you’re up to this holiday.

As I think about what’s been going right in my class these days, what to be thankful for there, I thought I’d let you know that in my difficult period, I finally had to give up on my seating arrangement and rearrange things.
I’m a pretty firm believer in the collaborative nature of language acquisition, so my students sit in groups of four. I have long tables in my classroom, and I put two tables together and seat two students on each side of the tables. The tables are arranged sideways, so that when I’m at the front of the classroom, the students are facing each other, but have to turn to one side to look at me. It’s not difficult for them to turn, and then they can work together on things. It may be hard to visualize this, but that’s the best I know to describe it. Maybe one of these days I’ll make a diagram.
Yes, well, this didn’t work in my difficult period. Several people have mentioned to me that rearranging the tables might help our problems, but I was stubborn and wanted to hold on to my seating arrangement. This week though, we started arranging the tables in rows, only two students together, and as far away from other pairs as we can get. We have to set them that way at the beginning of class, and then put them back the other way at the end, but things have been so much better now that they only have to resist talking to one other student instead of three. It’s worth the time loss. It’s just disappointing when teenagers make me resort to such a thing to try to manipulate their behavior, when they should be fully capable of managing their own behavior. Grrr.

But this post is about thankful things. And I’m thankful for those high aptitude students I blogged about here, the ones that make me sit back and think, “WOW. Where did that come from?”
This week, I had some of my students meaningfully and accurately manipulating direct object pronouns after 15 weeks of Spanish 1. And I have never so much as uttered the words direct object pronoun to them, nor have I talked about where they go. I’ve briefly mentioned why they’re used, and we’ve done a few activities involving choosing among lo, la, los, las, but that’s about it. Amazing.

On a completely different topic, I’ll ask you the question that I like to ask everyone about thanksgiving. What does it mean to be thankful if you don’t know who you’re thankful to?
This Thanksgiving, as you express what you’re thankful for, where is that gratitude directed? Just some food for thought. (In case you needed more food today, haha.) 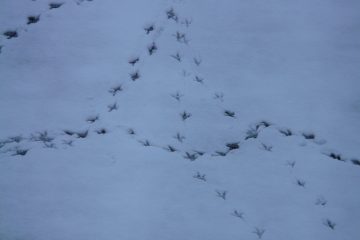