4 ways to incorporate a Song of the Week comprehensibly & thematically

Who would have thought Sra. Musicuentos would have taken a hiatus from music?  I blame it on early novice teenagers.

A few years ago, I transitioned from teaching intermediate learners into teaching total beginners who were mostly in the tween/teen years.  In my experience, that’s not the best environment for using music to really teach (for fun, yes- teaching, not so much).  There are very few songs that have engaging, appropriate, comprehensible bits of language for early beginners (looking at you, Vivir mi vida), especially beginners who aren’t young children.  Sometimes teens will put up with some Los pollitos dicen, but you know, cartoon chickens and all.  The result was we incorporated some key songs every once in a while, but in my once-a-week class schedule, music took a seat in the way back.

Fast forward to those learners gaining some proficiency, some ability to do something and comprehend more, and we did a unit on medicine and injury followed by a unit on talking about newsworthy events.  It was time for music, and boy, it was good to be back.  Based on my re-entry into consistent music use, let’s talk about using a song of the week.

Of course, for any unit you teach, there’s likely a good song out there, but for some in particular there seem to be a lot of options for songs that actually have to do with the topic.  Here are some I thought of, and please comment with your recommendations / links!

Got a song… now what?

Simply listening to a song can be fun, but that doesn’t mean it’s supporting language acquisition.  Even in the best songs, there’s a lot of incomprehensible noise.  Before you are ready to use the song in class, you need to select relevant vocabulary, and lines you can make comprehensible. 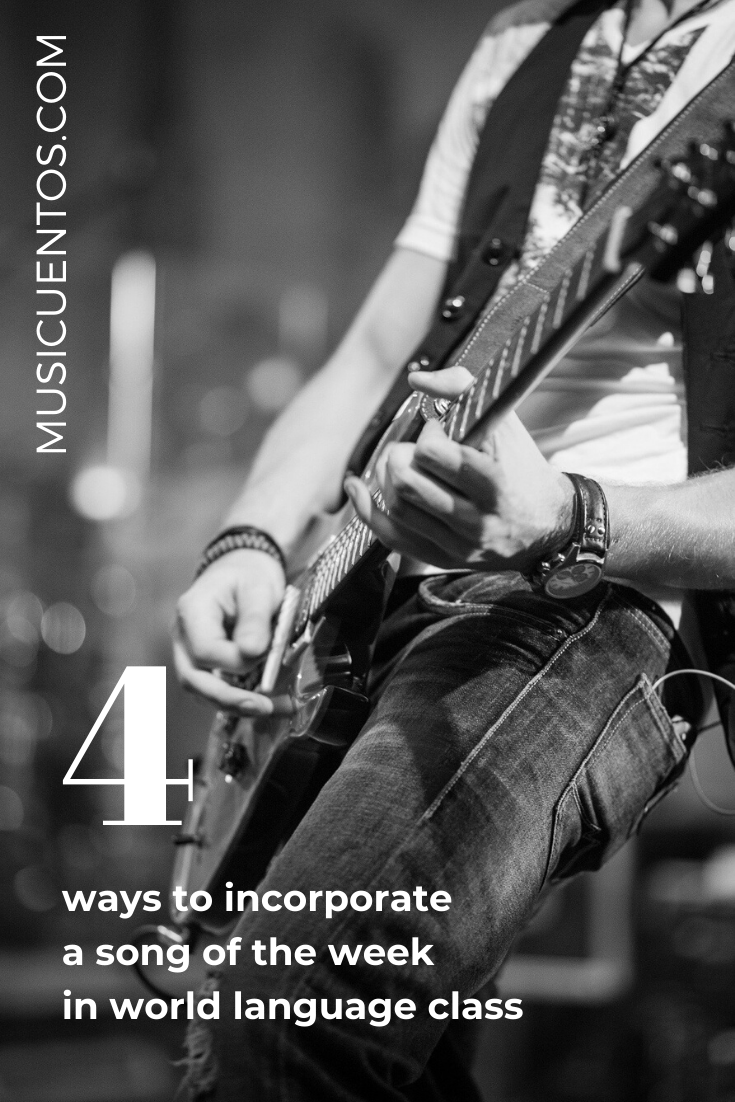 First, you’ll want to choose words that will help your learners understand the song and will support the unit’s goals.  For Morat’s song “Cuánto me duele,” these words/phrases might be:

More often than not, there’s also a piece of a verse, maybe a whole verse, maybe the chorus, that’s the golden part.  Perhaps it describes something key to the song’s message and the unit’s message.  Maybe it includes some extra-useful high-frequency words and phrases.  Those are the ones you want to focus on.

For example, you could select these lines from that Morat song:

Once you have your targets, there are so many things you can do with a song of the week besides just listen and/or sing!  Let’s look at four ways to make a themed song of the week support a comprehensible input classroom.

At the very least you’ll want to have learners illustrated the vocabulary / phrases, but even better, why not make a short story out of them?  A fun way to do this is to incorporate the words into a comic-strip using other language that learners already know.  Not very artistic?  Someone in your class is – ask for a volunteer to illustrate the comic strip for you.

Next, play with the target phrases / words.  Try doing Pictionary or charades, where one person illustrates or acts out something from them and the others guess which one it is.  (For this sort of thing, the more words the better.)

2. Illustrate relevant lines from the song.

At this point, hand out the song lyrics (see my post on why it’s ok for you to use song lyrics in class – as long as you don’t publish / sell them).  Within the song lyrics, make bolder or bigger your key lines, the ones you most want them to understand and remember.  Together or individually, establish and then illustrate the meaning for these lines.

What’s is that catchiest, most comprehensible, most meaningful part of the song?  Print those lines extra large, in however many copies you need to give to groups of 2-4 learners, and then cut them apart.  Play that part of the song over and over until all the groups think they have them in order.

Then, follow up.  If you have a small group, get everyone together over one set of lines in order.  If you have a larger group, project just those lines.  Make sure everyone knows what they mean.  Give learners an opportunity to ask about words and get creative with them.  A few minutes here makes learners who are super analytic feel supported, even in a comprehension-focused classroom where you’re not typically explaining structures.

This last step is fun and critical because it asks learners to verify they comprehend by performing a small but creative act.  In one of your key target lines, choose something for them to change.  For example, if the phrase includes a body part (“me duele el corazón“) you could ask for another body part (a little boring) and then ask for something fun: ¡Me duele la tarea!  You can choose action words, describing words, words specifically from your unit- whatever 1) fits the goals, 2) inspires some fun, and 3) is achievable.

One last tip: If you’re pressed for time, consider making these stations.  Once the pattern is established, learners will know what to do on Music Day.

I’d love to hear your tips – what units?  What songs?  What other meaningful ways to incorporate these medium which is so fun but can be so incomprehensible?

music songs
Previous One thing at a time: Step Five.
Next And then PBLL says to TCI… #ACTFL19

In search of music that says something real (#AuthresAugust) September 1, 2017 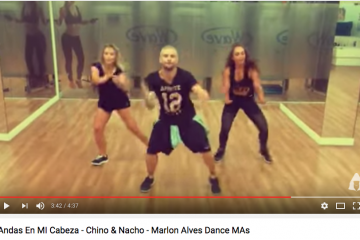