Seeking the future of world language learning at the intersection of comprehensible input, project-based learning, global education, and love.
Activities

Sometimes, our brains don’t just need a break, we need physical movement to wake us up and get us thinking.  Says who?  Well, John Medina says it’s Rule #1.  So let’s get moving.

Dance to “In the Jungle”

It turns out the song “The Lion Sleeps Tonight” really does have its roots in Africa, and they are old roots (by modern song standards).  The iconic U.S. version was recorded in 1961 by The Tokens (though, I mean, yodel version, yes).  Now, of course, there are a million versions, but the Dog & Hippo dance version just begs to be a brain break.  Challenge your learners to get up and dance with the dog – but I’ll warn you, the reception to this one totally depends on your willingness to do it, too.  Since I was willing to dance like the dog as much as or more than my students were, they always had a good time with it.

Bunny Hop with GoNoodle (in Spanish)!

Props to my children’s dual immersion school for this one.  GoNoodle is known for their crazy brain break-friendly videos, but I gotta say, “Jump Like the Bunny” is particularly bizarre.  Which of course means that kids love it. Watch it in English to see how it works, and then check out the Spanish version on YouTube.

The GoNoodle app has the Spanish version with the magician and bunny as well, but the only version of this I saw on YouTube is pirated.

Bonus shout-out to GoNoodler – the song “If I were not a GoNoodler” is FOUR brain breaks in one video.  Try it one verse at a time, interspersed at 4 regular intervals in your class period.

This one doesn’t necessarily get kids moving, but I bet we could figure out how to make it do that!  It’s super simple: come up with any sentence, but don’t tell kids what it is.  Example:

Me: “Everyone write down a noun, and a food.”

You could reach back to any TL sentence you know kids are going to comprehend and then ask for the filler:

To make it active, come up with the sentence secretly, and then,

Quick, stand up and do an action, any action!

Have fun getting kids’ bodies moving and brains processing! 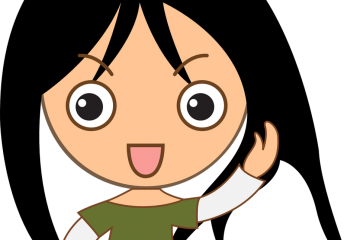