A couple of weeks ago on #Langchat, the Thursday night (8 ET) chat by and for language teachers on Twitter, we discussed iPad (and other iOS) apps that may be useful in the world language classroom. That night I downloaded something like 25 free apps and since then I’ve been on a mission to see what they can do in my classroom. In my Spanish 3, we have 2 iPods and 1 iPad, and in AP, we have 2 iPads and 3 iPods. Not ideal, but enough to have a little fun.

Our first unit in Spanish 3 was on things we do with friends and family for fun (“Esparcimiento”), and included some talk about travel, as well as concentrating on expressing opinions with deeper vocabulary than “Sí, me gusta.” The interpersonal speaking assessment involved me having a conversation with them (about a sports game) so– what do the rest do while I’m talking to 1? Enter Tour Wrist.

Tour wrist is a free app that lets you do virtual tours of more than 23,000 places all over the world. You can look at the Tour of the Day (or obviously, home, hotel, or photographer of the day) but more useful is the “Browse all tours” function. That takes you to a map of the world.

You can use two fingers to enlarge any part of the map to see more of what’s there. Now, the offerings in Latin America are not exactly extensive, but the app is a whole lot of fun. As you focus in, more and more green placeholders show up. Tapping on one will tell you what it is, and tapping on the arrow on its title will take you to the tour.

This is where you find the best feature – by holding your device at eye level, you can turn around and see the 360-degree view as if you were there. Really, you can hold it up and look at the sky, or down and look at the floor.

Anyway, what do you do with this in class? While I was doing the interpersonal conversation with individual students, the others had to work in pairs to find a tour in a Spanish-speaking country and answer the following questions:
1. What is it?
2. Where is it?
3. Do you like it?
4. Why or why not?
They did this for at least two places. The students really enjoyed the app, of course, but more importantly, they were using their recent targets (expressing reasons for opinions) to talk about places I could never take them to. I did have one pair choose random places in the Caribbean or someplace. I told them later that if they were doing something that didn’t have much to do with Spanish or places where people speak Spanish, they probably had the directions wrong.

So- it would be nice if there were more tours available in the places we were looking, but it’s a stylish, user-friendly, free app for all iOS devices, lots of fun for all involved.

What ideas do you have for Tour Wrist in the world language class? 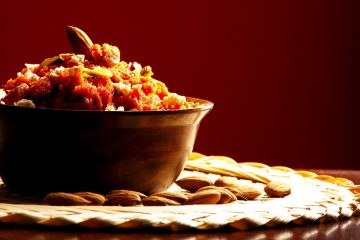